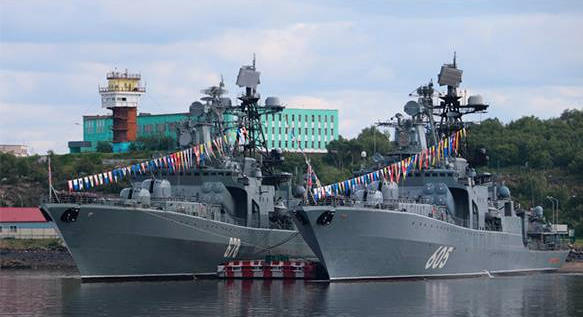 Russian President Vladimir Putin ordered to set the Northern Fleet of the Russian Federation and separate units of the Western Military District and Airborne Troops on full combat readiness as part of a sudden inspection.

According to Russian Defense Minister Sergei Shoigu, servicemen of the Arctic brigade of the United Strategic Command of the Northern Fleet launched preparations to military training in the Arctic zone, Pravda.Ru reports.

As many as 38,000 troops, over 3,000 units of military hardware, 41 vessels, 15 submarines, 110 airplanes and helicopters are involved in the inspection to test their combat readiness, Shoigu said.

"The prime goal of the inspection is to assess the abilities of the troops of the Northern Fleet to execute tasks to ensure defense security of the Russian Federation in the Arctic region," Defense Minister Sergei Shoigu said.

Earlier, it was reported that Russian President Putin would conduct negotiations with his Kyrgyz counterpart Almazbek Atambayev in St. Petersburg. This will be the second meeting of the presidents of Russia and Kyrgyzstan since the beginning of 2015.