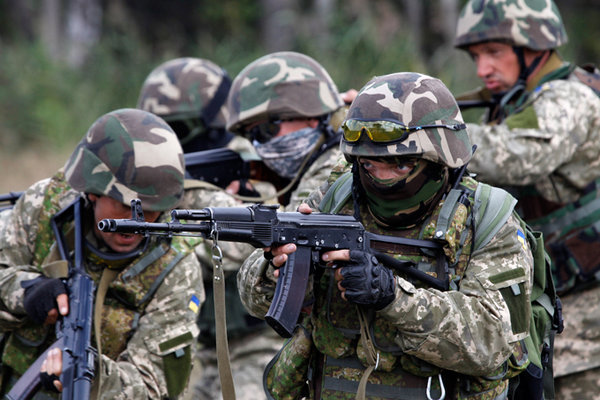 Russian President Vladimir Putin said that the Ukrainian army was a NATO legion, the goal of which was not to pursue national interests of Ukraine, but to contain Russia geopolitically.

"We often say: the Ukrainian army, the Ukrainian army. In fact, who is fighting there? There are official units of the armed forces there indeed, partly, but largely, there are so-called nationalist volunteer battalions," Putin said while interacting with students at the National Mineral University in St. Petersburg.

"In fact, this is not an army, but a foreign legion, in this case, a NATO foreign legion, which, of course, does not pursue to protect Ukraine's national interests. They have different goals, and they are connected with objectives of geopolitical containment of Russia, which does not coincide with the national interests of the Ukrainian people," Russian President Vladimir Putin said.

According to Putin, the Kiev government refuses to follow the path of the peaceful settlement of the conflict in the Donbas. Kiev used the break to regroup forces, Putin said.

"Unfortunately, the official Kiev authorities refuse to follow the path of peaceful regulation. They do not want to solve the crisis by political means. At first, they used law enforcement agencies, then the security service, then the army," said Putin.

Kiev stopped the combat action, when resistance was showed, the Russian president said. "And, unfortunately, they used the peaceful break to regroup forces to start again. Thousands of people have already been killed. This, of course, is a real tragedy," Putin said.