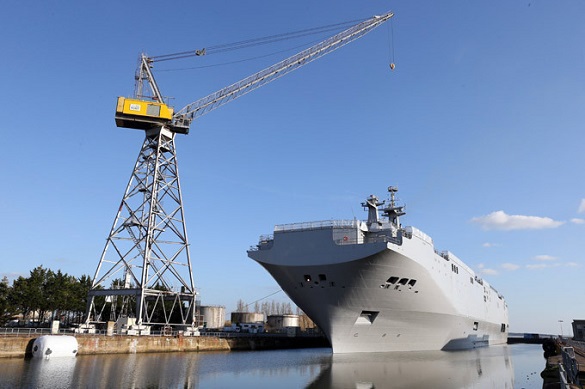 Russia sent an inquiry to the Ministry of Defence of France to formally explain the reason for the failure to execute the Mistral contract with Russia, RIA Novosti said Tuesday.

"The Federal Service for Military and Technical Cooperation sent an inquiry to the DGA in order to obtain an official response regarding the issue," an official said.

DGA (Direction generale de l'armement) is a department of the Ministry of Defence of France, engaged in supplying arms abroad.

The Russian official stressed out that Russia could not be guided by verbal statements from politicians, even from the country's president.

"To make further decisions - whether go to court or give more time to the French side - Russia should have a written explanation of the situation," said the official.

The contract for the supply of two helicopter carriers was signed between the French company DCNS and Russia's Rosoboronexport in 2011. The value of the contract makes up 1.2 billion euros; it became the largest agreement in the field of military-technical cooperation between the two countries, RIA Novosti reports.

The first vessels - Vladivostok - was to travel to Russia in 2014. The second one - Sevastopol - in 2015. The United States interfered in the handover of the French vessels to Russia.

In mid-September 2014, France threatened to suspend the supply of the helicopter carriers to Russia on account of the crisis in Ukraine. Afterwards, France specified that the delivery of the vessels had not been suspended legally.