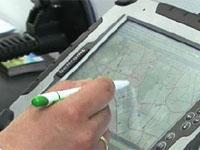 From June 1, Russia may suspend the work of American GPS stations on the territory of the Russian Federation. This will happen if there is no agreement reached about the installation of GLONASS ground stations in the United States, Deputy Prime Minister Dmitry Rogozin said.

"From June 1, we are suspending the operation of these stations on the territory of Russia," he said.

According to the Deputy Prime Minister, U.S. stations are located on the Russian territory as part of the agreements from 1993 and 2011. "In accordance with these agreements, there are eleven stations of GPS infrastructure on the territory of ten subjects," he added.

"The task group of the Federal Space Agency of the Russian Academy of Sciences and the Foreign Affairs Ministry has been established. We are embarking on negotiations with the United States, and we have three months for it - before the end of the summer. We hope that these negotiations will find solutions to restore proportional cooperation. If not, the operation of these stations will be stopped completely from September 1," said Rogozin.