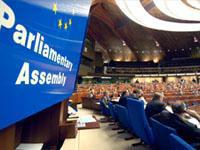 On April 18, State Duma deputies intend to give an official response to the anti-Russian resolution from the Parliamentary Assembly of the Council of Europe, LDPR deputy Igor Lebedev, the vice-speaker of the State Duma said.

The PACE resolution from April 10, 2014, deprived Russia of the voting right in the Assembly in 2014 following the reunification of the Crimea with Russia.

It is expected that the State Duma will express a strong disagreement with the decision of the PACE to discriminate Russia.

The draft document states "a mandatory condition for Russia's full-fledged work at  PACE is the full restoration of powers of the delegation of the Federal Assembly of the Russian Federation and the possibility for its participation in the elaboration and adoption of decisions of the Assembly."