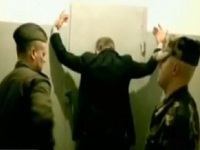 General Director of Uralkali, Vladislav Baumgertner, was extradited from Belarus to Russia, spokesman for the Prosecutor General of Belarus Pyotr Kiselev said Thursday. In the near future, the businessman is going to return to his homeland. Meanwhile, Vladislav Baumgertner's Belarusian attorneys said they had not received a formal notice.

Baumgertner was detained in Minsk, the capital of Belarus, in August on charges of abuse of power in the management of Uralkali. According to Belarusian investigators, a group of senior managers involved in Uralkali, established total control on the sales of potassium, isolating the Belarusian side from any important information.