Edward Snowden's father satisfied with his visit to Russia

The father of former National Security Agency employee Edward Snowden, Lon Snowden, believes that it would be best for his son to stay in Russia. Snowden Sr. made the statement to reporters at the JFK Airport in NYC upon his return from Moscow, where he spent a week. 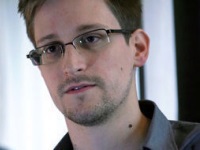 According to him, staying in the Russian Federation will let his son continue working to tell the truth to the world. Lon Snowden also said that his son was not a fugitive. "It's not necessarily what my son will do. He's comfortable. He's happy. And he's absolutely committed to what he has done," he said. "He's not a fugitive. He's a legal asylee of the Russian Federation and the press needs to get that right and I think our government understands that at this point," Snowden's father added.

Edward Snowden's whereabouts in Moscow are still kept secret from both the press and the public.