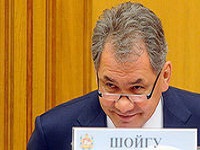 The list of least favorite Russians includes the head of the Ministry for Education and Science, Dmitry Livanov, Deputy Prime Minister Olga Golodets, who is responsible for social benefits, and Minister for Labour and Social Development, Maxim Tomilin.