Navalny released in his own custody

Those who disagree with the verdict to Alexey Navalny took to the center of Moscow on July 18th. At peak moments, about 13-15 thousand people gathered on Manezhnaya Square and Tverskaya Street and in front of the State Duma. 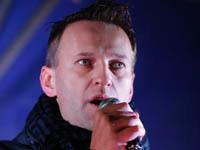 The meeting was not coordinated, and Moscow authorities stated prior to the announcement of the verdict that there would be no unlawful assemblies allowed whatsoever. Riot police and internal troops were watching the situation on Manezhnaya Square.

The meeting ended peacefully. The protesters, chanting "Freedom to Navalny," tried to block traffic on one of the streets, but the police did not let that happen.

Despite the fact that law enforcement officers were prepared for anything, including the use of non-lethal weapons, the police were waiting peacefully for the meeting to end on its own. No drastic measures were taken to stop it.

The participants of the rally tried to do the best they could not to waste their time during the meeting. The most active ones were campaigning among the riot police. Most of the people were actively sharing the news and reports about what was happening on social networks. Some others blocked the way for State Duma vehicles.

People began to disperse at about nine o'clock in the evening, most likely after the news from prosecutors of Kirov, who decided that the court ruling about the immediate arrest of Navalny and Ofitserov in the courtroom, was illegal and should be canceled. The verdict was appealed.

On Friday moning, July 19th, Navalny and Ofitserov were released in their own custody.