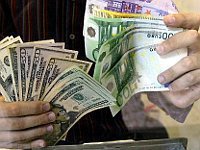 According to investigators, the businessman and his accomplices used fraudulent tax returns to relieve hundreds of millions of rubles of taxes. During the debate, prosecutors asked to find Magnitsky guilty of the crime and stop the case against him in connection with his death. In addition, the prosecutor asked for nine years in prison for the head of the fund, William Browder.

Sergei Magnitsky (8 April 1972 - 16 November 2009) was a Russian accountant and auditor whose arrest and subsequent death in custody generated international media attention and triggered both official and unofficial inquiries into allegations of fraud, theft and human rights violations.

Magnitsky had alleged there was a large-scale systematic theft from the Russian state sanctioned and carried out by Russian officials. He was arrested and eventually died in prison seven days before the expiration of the one year term during which he could be legally held without trial. In total, Magnitsky served 358 days in Moscow's notorious Butyrka prison.