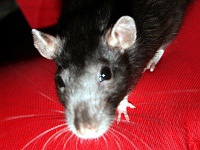 An outbreak of plague was found in the Kulinsky district of the republic of Dagestan. As long as people are highly susceptible to the disease, immunizations will be conducted for the population to avoid mass infection.

Restrictive measures will be taken on the territory of nearby villages.

Plague is a deadly infectious disease that is caused by the enterobacteria Yersinia pestis, named after the French-Swiss bacteriologist Alexandre Yersin. Primarily carried by rodents (most notably rats) and spread to humans via fleas, the disease is notorious throughout history, due to the unrivaled scale of death and devastation it brought. Until June 2007, plague was one of the three epidemic diseases specifically reportable to the World Health Organization (the other two being cholera andyellow fever).