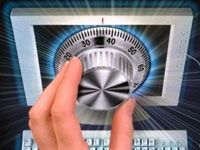 Before the end of 2013, a separate branch of service is to be created in the Russian army. The new department will deal with the struggle against cyber threats, sources at Russia's Defense Ministry said.

The plans to create the Cyber ​​Command were first voiced in March by Deputy Prime Minister Dmitry Rogozin. He then said that all necessary documents had been prepared. Now it has been revealed that a new army corps is being created to ensure information security.

Reportedly, the officers, who will serve in the new troops, will undergo language training and learning a foreign language, English in the first place.