Russia not withdrawing its base from Syria's Tartus 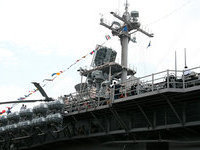 Russian Defense Ministry rebutted reports on the withdrawal of Russian personnel from the  sustainment center of the Russian Navy in the Syrian port of Tartus, the press service of the ministry said Thursday.

Defense Ministry officials said that Tartus was still an official base for Russian vessels in the Mediterranean and continued to perform its tasks. The Defense Ministry stated that the affirmation in the reports about the withdrawal of personnel of the sustainment center was extremely incorrect from the point of view of the actual situation.

It was said that there was no one single Russian military employed at the sustainment center in Tartus. The center is serviced by civil personnel only.