Ruble declines against dollar and euro 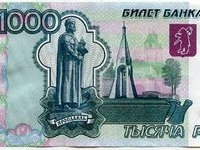 The head of Sberbank, German Gref, said that Russian depositors should not worry about their ruble bank deposits. There is no need to convert their accounts in either euros or dollars, he added.

"There is no reason to suspect that the Central Bank will lower the rate, and that the ruble will collapse," - Gref said. According to him, it is important not to panic. "Non-qualified investors rush from one currency to another at most unfavorable moments, thereby losing their savings," the head of Sberbank said.

According to Gref, there are no reasons for the ruble to collapse. Meanwhile, the ruble continues its decline against the dollar and the euro. On Thursday, the ruble rate reached the minimum in eleven months.