The authors of the concept of the joint textbook on the history of Russia intend to give teachers explanations on more than 30 controversial issues. The list mentions the names of most Soviet and Russian leaders, including Joseph Stalin, Nikita Khrushchev and Leonid Brezhnev. 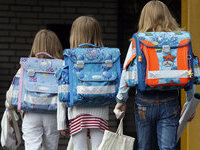 It is generally believed in Russia that the personas of the above-mentioned Soviet leaders should be considered solely within the framework of their reforms, excluding other interpretations.

These interpretations, among others, include Stalinist repressions, the mentioning of which in the textbook is considered ineffectual.

Following the presentation at the Presidium of the Russian Historical Society, headed by Sergei Naryshkin, the project concept of the new textbook was sent for revision due to the detection of factual errors.