Russia's new law on adoptions to come into force on January 1, 2013

The official newspaper of the Russian government, Rossiyskaya Gazeta (Russian Newspaper) has published the text of the "Dima Yakovlev Law," which prohibits U.S. citizens to adopt young Russians. The document will come into force in three days - on January 1, 2013. 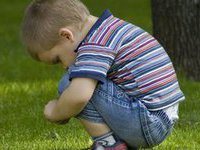 The full title of the law is "On measures against persons involved in violations of fundamental human rights and freedoms, rights and freedoms of citizens of the Russian Federation." President Vladimir Putin signed the law on Friday, December 28, 2012.

The law also provides for the suspension of "political" NGOs that receive funds from U.S. citizens. In addition, the citizens of the Russian Federation holding U.S. citizenship, are forbidden to lead nonprofit organizations under the new law.

Meanwhile, a United Russia deputy, Robert Schlegel, suggested an amendment to the "law of Dima Yakovlev." According to the deputy, the law may not embrace the adoptions of disabled children by Americans.

When the bill was discussed in the State Duma, Schlegel was among those MPs who supported the ban on adoptions.

Until recently, according to the Russian law, prospective adoptive parents from the U.S. could adopt only those Russian orphans, who could not find Russian foster families. As a rule, these are the children with serious health problems.