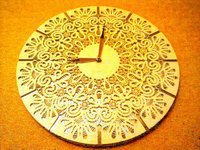 In the near future, Naryshkin plans to sign a request from Russian MPs on the time issue in Russia. "Such an appeal must be prepared. Monday or Tuesday, as soon as the relevant committee prepares it, I will, of course, sign it," said the speaker.

Russia did not switch to winter time in the summer of 2011 under the order from then-President Dmitry Medvedev. A little more than a year later, the head of the Committee for Health of the State Duma, Sergei Kalashnikov, proposed to switch to permanent winter time. Deputies supported his initiative. Vladimir Putin later stated that this issue should be considered at the governmental level.