Amateur American film "The Innocence of Muslims" has been recognized an extremist material in the Russian Federation on December 26, 2012. 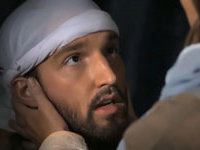 The film has been added to the list of extremist materials in accordance with the ruling of the Tverskoy Court of Moscow. "The Innocence of Muslims" is listed as the 1,589 item on the list, GTimes reports. Google, which owns YouTube, has already expressed its willingness to block access to the film in the Russian Federation.

The film led to widespread protests and unrest in Arab countries. The protests were most violent in Egypt and Yemen. Riots took place in Sudan, Tunisia, Pakistan and Bangladesh.

Public figures have previously written an open letter to President Vladimir Putin, with the request not to ban the controversial film.

"The darkest forces of international terrorism are trying to intimidate us and impose their will on the modern civilization," the statement says. The document was signed by political scientist Marat Gelman, TV presenter Vladimir Kara-Murza, architect Eugene Asse, and others.

Amateur film "The Innocence of Muslims" was filmed in the United States by  Nakula Basili Nakula, a native of Egypt, who was previously convicted of fraud. The low-budget film tells the story of Islam, exposing Prophet Muhammad as a liar and killer.