In 2013, the Russian budget will allocate five billion rubles for the organization of G20 event, Finance Minister Anton Siluanov said. 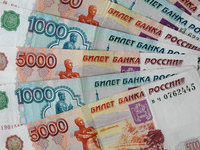 According to Business Petersburg portal, the official said that the amount was normal and standard level of spending for organizing such meetings. Siluanov explained that the funds had been stipulated in the budget for 2013. Rosbalt said that the impressive amount would be spent on the organization of events not only through the Ministry of Finance, but also other ministries and departments.

The G20 is an informal meeting between the leaders of the countries with largest economies. The forum member countries together represent 90% of world GDP and 80% of world trade.

On 1 December, Russia chaired the G20, succeeding Mexico. President Vladimir Putin said that the country would ensure continuity of agenda of the forum and offer its own approaches to solving major problems.

The list of traditional issues that will be discussed in 2013 will include such questions as: the state of affairs in the global economy, the promotion of employment, monetary system reform, the stability of global energy markets, international development assistance, the strengthening of multilateral trading system and actions against corruption.

The Russian presidency will continue for one year. In 2014, Russia will be replaced by Australia.