Russian Foreign Ministry: There is no spy scandal at all

The Russian Foreign Ministry stated that the charges brought against Russian citizens in the United States were not related to intelligence activities, Deputy Foreign Minister Sergei Ryabkov said. 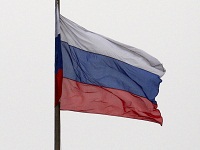 "As far as we know, the charges touch upon several citizens of the Russian Federation. These charges, judging by the information that we received from the American side, are criminal in their nature. They do not touch upon any sort of intelligence activity," Ryabkov said, BBCRussian.com reports.

Russian diplomats intend to organize meeting with the individuals suspected of espionage to clear out the situation, reports NTV.

Prosecutors of Brooklyn brought charges against 11 Russian citizens on the allegation of illegal exports of military technologies. It particularly goes about illegal exports of microchips and other electronics related to defense industry to Russia. According to FBI, the key figure in the case is 46-year-old native of Russia, Alexander Fishenko. He is the head of American company Arc Electronics and Apex Systems, which is registered in Moscow. Eight suspects have been arrested, three others are wanted.