Visa-free regime between Russia and EU just around the corner

Russian Foreign Minister Sergei Lavrov hopes that Russia and the European Union will soon abolish the visa regime. "We hope that soon there will be no visas required for mutual trips. We hope to finalize the work on the list of "common steps" as soon as possible to proceed directly to the elaboration of the agreement on visa-free short-term travel for citizens of Russia and the European Union." 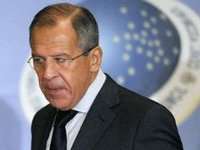 The Foreign Minister also said that Russia was completing the talks on the modernization of the adequate agreement between Russia and the EU to simplify visa formalities.

He reminded that the Russian-Polish intergovernmental agreement had recently come into force. The agreement regulates the regime of local border movement for the residents of Russia's Kaliningrad enclave and the regions of Poland that are comparable in size, writes TurNavigator.ru. Lavrov expressed a hope that Lithuania would follow Poland's example.

Lavrov added at the meeting of Finnish ambassadors and permanent representatives in Helsinki that Moscow did not exclude an opportunity for establishing alliances with the EU in various sectors of economy: "We are ready to consider the creation of strategic alliances in various industries - aircraft industry, shipbuilding, automotive, medical, pharmaceutical and nuclear power industries," said the minister.

In addition, Lavrov urged not to scoop when working on international issues: "In Finland, like in Russia, many are familiar with such a sport as rafting on mountain rivers. This sport can work only through teamwork. If someone paddles separately, ignoring the partners, the raft will capsize," he said.