Message from Chairman of Pravda.Ru Board of Directors, Vadim Gorshenin: 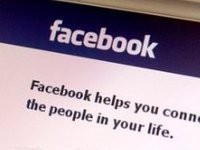 It appears that I do not understand much about the work of the chairwoman of Facebook Russia, Ekaterina Skorobogatova.

Inna Novikova, the editor-in-chief of Pravda.Ru, had her account hacked on February 4th at night. An hour later, according to Facebook regulations, Inna indicated three friends, who could confirm her identity. Afterwards, she sent the adequate form to retrieve access to her Facebook account. The three friends - German Klimenko, Sergey Demensky and Marina Yudenich - sent the required confirmation codes immediately.

Afterwards, Facebook asked to provide a photo of the ID. The photo was sent too. In accordance with Facebook policies in such cases, accounts can be restored within 24 hours.

To be on the safe side, two well-known Facebook Russia bloggers called Ekaterina Skorobogatova to verify the information personally.

As a result, Inna Novikova's account was blocked. I'd like to draw your attention to the fact that it happened on the third day, after Inna was through with all necessary account restoration formalities.

Ekaterina, I realize that you share liberal views, while our stance is state-oriented. This is not an obstacle for me, though, to communicate with people on Facebook, to argue and discuss things with them. I think many can confirm this. However, I do not understand your position on this particular case. It seems to me that it should be oriented at the development of Facebook, not vice versa.

Do you use your status to carry out little reprisals and do damage to other people, who, as you believe, think "the wrong way?" This is rather mean, wouldn't you say so?

If you want us to leave Facebook, we will do so. It'd be regretful to do that, but guests are supposed to realize that they are only guests, aren't they? Was that your message to us when you demonstratively violated the regulations of Facebook? I'd like to point out the fact that it was a demonstrative violation of Facebook regulations against the editor-in-chief of a well-known online media outlet on the Russian Internet. It is also worthy of note that Pravda.Ru became the first Russian online publication that started working with Facebook.

You unfriended me after my latest address to you in connection with the fake account of Vladimir Putin. Do you think this can be an adequate response to a message from a user about the work of the service which you chair as an employed manager? I don't think so. But it says a lot about your views of the relations between Facebook and its users. For some reason, it appears that they come into sharp contradiction with the global policies of the company, in which you work as a manager.