Social allowances in Nizhny Novgorod to be raised in 2012 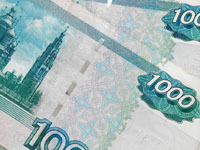 Social allowances provided by the laws of the Nizhny Novgorod region will be raised by 7.5 percent from January 1, 2012. The payments will be increased for veterans of labor, victims of political repressions and other categories of the population.

They particularly include former adult prisoners of concentration camps, prisons, ghettos, mothers awarded with state decorations for their merits in maternity, diabetes patients and the participants of the liquidation of the consequences of the breakdown at industrial enterprise Krasnoye Sormovo.

The government of the Nizhny Novgorod region has also raised the monthly payments for guardianship, childcare in foster families, etc. Allowances for catering and transportation for students from large families have also been raised. The law also stipulates compensations for purchasing clothes and shoes for orphans and the people who were left without parental care.

The coefficient of indexation of monetary payments in the amount of 1,075 to certain categories of citizens has been set taking into consideration the inflation rate and the growth of consumer prices. The residents of Nizhny Novgorod will start to receive these allowances right after the New Year holidays," Olga Noskova, the Minister for Social Politics of the Nizhny Novgorod region said.