Russian experts arrived in Seoul on Monday to review findings of an investigation that blamed North Korea for the deadly sinking of a South Korean warship, while thousands of troops practiced fending off an attack from the North near the rivals' tense border. 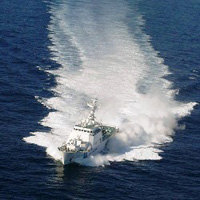 The South is trying to build support for U.N. action against the North. If Russia endorses the multinational probe's conclusions, the move could convince China and other major powers to back possible sanctions against Pyongyang for the attack on the Cheonan warship, which killed 46 sailors two months ago, The Associated Press says.

Won Tae-jae, the ministry's spokesman, said the Russian delegation will inspect the wreckage of the Cheonan, which was sunk by the North's attack on March 26 in the West Sea.

An investigation team that included experts from the United States, Sweden, the United Kingdom, Australia and Canada announced May 20 that the ship had been hit by a torpedo fired from a North Korean midget submarine, Korea Times says.