Victims of Explosion in Southern Russia To Be Paid $580,000 of Compensation

Russia will pay compensation totaling 18 million rubles ($580,000) to the victims of Wednesday's terrorist attack in the Stavropol Territory, the government said on Thursday. 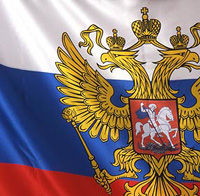 Victims of Explosion in Southern Russia To Be Paid 0,000 of Compensation

Seven people died and more than 40 were injured when a bomb went off outside the House of Culture and Sport the south Russian city of Stavropol on Wednesday evening, RIA Novosti reports.

There was no immediate claim of responsibility. But Islamist groups from the North Caucasus have been behind a string of recent attacks, including April bombings in the republic of Dagestan and March bombings at Moscow subway stations that killed nearly 40 people and wounded dozens. A Chechen rebel leader, Dokku Umarov, claimed responsibility for the subway attack, CNN informs.