Yegor Gaidar, a well-known Russian politician, died December 16 at age 54. Medics said that Gaidar died at 8 a.m. in his home outside Moscow. The politician died because of a blood clot, medics said. 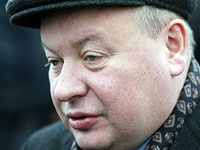 Yegor Gaidar was born on March 19, 1956. He was a well-known Russian statesman, politician and a prominent economist. Gaidar was one of the ideologists and supervisors of radical economic reforms conducted in Russia in the middle of the 1990s. He took high positions in the Russian government from 1991 to 1994 and served as Acting Prime Minister, and then worked as a deputy of the State Duma, Pravda.Ru reports.

His father, Timur Gaidar, was a foreign military correspondent of the Pravda newspaper, the son of a well-known Soviet writer, Arkady Gaidar.

Before the collapse of the Soviet Union, Yegor Gaidar made a career working at the newspaper Pravda and Communist magazine published by the Central Committee of the Communist Party of the Russian Federation. He participated in the development of economic reforms run during Gorbachev’s perestroika period.

While in government, Gaidar advocated liberal economic reforms according to the principle of shock therapy. His most well-known decision was to abolish price regulation by the state, which immediately resulted in a major increase of prices and amounted to officially authorizing a market economy in Russia. He also cut military procurement and industrial subsidies, and reduced the budget deficit. Gaidar was the First Vice-Premier of the Russian Government and Minister of Economics from 1991 until 1992, and Minister of Finance from February 1992 until April 1992.