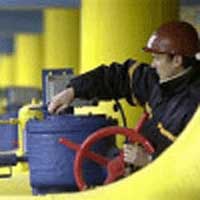 Russian police arrested Mogilevich – who is also wanted by FBI for racketeering, securities fraud, mail fraud and money-laundering - in connection with a tax-evasion probe of the owners of a cosmetic-shop chain, the AP reports.

Firtash was often accused by Russian media of connections with the crime boss.

"For me, the connections made between these incidents and the RosUkrEnergo company are completely incomprehensible. I thought that all these accusations had remained in the past," the newspaper quoted him as saying.

Mogilevich is a notorious organized crime boss who is believed to control the largest Russian Mafia syndicate in the world. His business activities are alleged to include arms dealing, drug trafficking, prostitution and money laundering. He is nicknamed "The Brainy Don", because of his business abilities and because he holds a degree in Economics from the Lviv University.