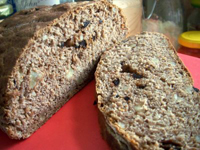 Russian inflation rate didn’t meet expectations and rose to 11.9 percent in 2007, according to the state statistics service.

The government’s initial forecast was 8 percent and the Economic Ministry had said that it would hit 12 percent. In 2006 inflation was 9 percent, the AP reported.

Despite high oil prices led to higher living level of Russians, they are to pay more on the basic goods such as bread, gasoline, etc.

But it’s unlikely that high prices would prevent Russians from voting for Vladimir Putin’s choice for the presidency – Dmitry Medvedev.

He was appointed first deputy prime minister of the Russian government on November 14, 2005 . Formerly Vladimir Putin's chief of staff, he is also the Chairman of Gazprom's board of directors, a post he has held (for the second time) since 2000.

On December 10, 2007 , he was informally endorsed as a candidate for the upcoming presidential elections by the largest Russian political party, United Russia, and officially endorsed on December 17, 2007 .

Medevedev's candidacy is supported by incumbent president Vladimir Putin and pro-presidential parties. A recent poll found over 63% of Russians support Medvedev in the upcoming elections. A technocrat and political appointee, Medvedev has never held elective office.