Boko Haram: Massacres cause too many victims to count

Boko Haram: Massacres cause too many victims to count 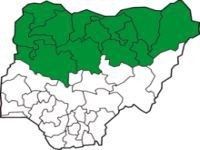 Nigeria: the terrorist organization Boko Haram has carried out operations causing too many victims to count, according to a report released today by Amnesty International. Among the attacks registered in the report was the latest on the town of Baga, a town razed to the ground, with thousands of civilians massacred.

Baga, the border town near the Chad frontier, is mentioned in the Amnesty International report as being perhaps one of Boko Haram's worst atrocities to date, namely the massacre of up to 2,000 civilians. The Associated Press declared there were "too many to count". Most of the victims are women and children and the elderly.

Apart from this, the report mentions a further 16 towns razed to the ground and a further reference to 10,000 civilians is made.