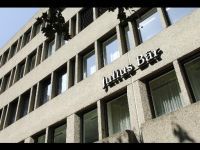 At a press conference for journalists from around the world, in London, England, on Monday (1/17/2011), the Swiss ex-banker, Rudolf Elmer, will deliver to WikiLeaks - the virtual site that imploded American diplomacy around the world - bank account details of 2,000 persons worldwide and multinational companies that deposited money in his country of origin.

Rudolf Elmer, who provided banking information to Wikileaks, was fired from the Swiss bank Julius Baer in 2002 and goes on trial in Switzerland on Wednesday (1/19/2011), accused of breaking banking secrecy.

Elmer said he will hand over two CDs containing the names and account details of 2,000 customers of Julius Baer, including prominent businessmen, multinationals, artists and some 40 politicians from around the world who put their reserves out of their countries of origin.

According to Rudolf Elmer, the documents show that these 2,000 clients of Julius Baer "hide behind bank secrecy, probably to avoid taxes."

The former banker said that the data involves billionaires, international companies and hedge funds from various countries including USA, Germany and Great Britain.

Data is from at least three banking institutions, including Julius Baer, and cover the period from 1990 to 2009. Many of the documents came to Rudolf Elmer for partners.

Rudolf Elmer was chief operating officer of Julius Baer in the Cayman Islands, one of the most famous tax havens in the world, preferred by persons seeking to hide their personal fortunes from the IRS in their countries of origin.