In Iraq, 30,000 prisoners are without trial and under torture 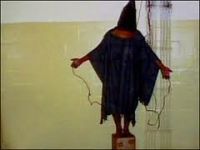 The non-governmental organization Amnesty International is denouncing to the world the existence of 30,000 persons in Iraqi prisons without having been judged, whose confessions were extracted under torture, and suggests the U.S. military as the persons in charge being responsible for this situation.

According to Amnesty International, rape, threats of rape, beatings, electric shocks, fingernails torn out and maiming are some forms of torture used in Iraqi prisons.

"The Iraqi security forces are responsible for systematic violations of prisoners' rights (...) and for all impunity," said Malcolm Smart, in a statement. He is the Middle East director for the organization of human rights, based in London.

In the report, of 56 pages, entitled, "New Order, Same Males: Illegal Arrests and Torture in Iraq," Amnesty International details hundreds of cases of arbitrary arrests, often occurring many times over several years, and of torture and disappearances of prisoners.

The organization has, among others, the story of Mohamed Saleh Al-Ryad Uqabi, arrested in September 2009, at which time during his interrogation he was beaten with such violence that he suffered broken ribs and liver damage.

"He died on February 12 or 13 due to internal bleeding. His body was delivered to his family a few weeks later. The death certificate states that he died after a cardiac arrest," the report says.

Amnesty International says that these practices occur in order to obtain confessions, which remain the preferred proof for Iraqi justice.

The organization says it is the responsibility of U.S. military forces who, with their sights on total withdrawal in late 2011, transferred thousands of prisoners to the Iraqis, without guarantees against torture and mistreatment.