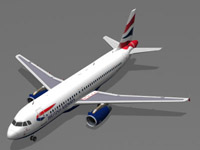 A British Airways passenger made an emergency landing in Czech capital for problems with its landing gear, officials said Tuesday.

The Airbus A320 took off from Prague at 4:55 p.m. (1655 GMT) on Monday and was heading for London when it developed a problem with the hydraulics of the landing gear, the carrier said in a statement. It did not give details.

The problem forced the pilot to return to Prague, the statement said.

The Airbus landed at Prague's Ruzyne International Airport at about 8 p.m. (1800 GMT), airport spokeswoman Eva Krejci said. None of the 148 passengers on board was injured, she said.

The passengers were to continue on their way to London on Tuesday, British Airways said.