Two sailors killed during shooting incident on U.S. military base in Bahrain 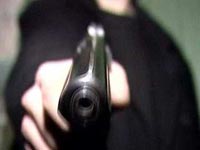 Two sailors killed during shooting incident on U.S. military base in Bahrain

U.S. Navy reports, two U.S. Navy sailors were killed and a third was critically wounded early Monday in a shooting incident on a U.S. military base in Bahrain.

The shootings took place in the barracks on the U.S. Naval Support Activity Bahrain base around 5 a.m. (0200GMT), the Navy said in a statement.

The two sailors were pronounced dead at the scene, and the third was taken to a local hospital in critical condition, the statement said.

Officials closed the base temporarily and reopened it about an hour after the incident.

The Navy said the shootings were under investigation and no other details were immediately available. Telephone calls to the U.S. 5th Fleet in Bahrain were not immediately answered.