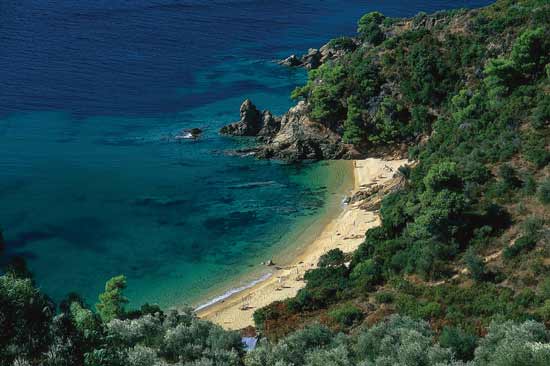 Two immigrants are missing off the Aegean Sea island of Chios. Another 18 people were found by rescuers stranded on a dinghy.

The Merchant Marine Ministry said the immigrants - believed to be from Afghanistan - were not carrying travel papers. They were taken to a hospital on the island to be treated for exposure or for observation, the ministry said.

Greece is a busy transit point for immigrants seeking access to the European Union. Many travel from the Turkish mainland to nearby Greek islands in the Aegean.

Earlier this month, Athens accused authorities in Turkey of turning a blind eye to Greece-bound immigrants. Turkey countered that Greek authorities used dangerous methods in trying to deter immigrants from reaching their shores.