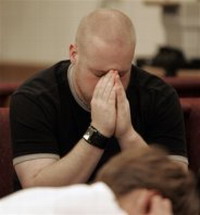 A shooting rampage in northern Wisconsin has taken at least 5 lives.

"It's a pretty tragic situation here," said Forest County Supervisor Tom Vollmar, who lives just outside Crandon, where the shootings occured. "There are five or six people dead."

Other details were not immediately available. Messages seeking comment were left with the sheriff's office.

The neighborhood where the shooting occurred has been blocked off, Vollmar said.

The northeast Wisconsin city of about 2,000 people is some 225 miles (362 kilometers) north of Milwaukee. The area is known for logging, and fishing, hunting and snowmobiling.