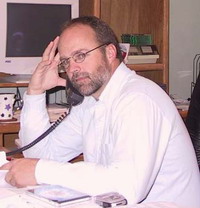 Emergency crews who entered from the bottom of the sloping tunnel to put out the fire discovered the bodies late Tuesday, Clear Creek County undersheriff Stu Nay said.

They were among a group of nine contract maintenance workers in the tunnel when a machine used to coat the inside of the 12-foot-wide (3.7-meter) pipe with epoxy caught fire, Xcel Energy spokeswoman Ethnie Groves said. Xcel refused to release the name of the contractors' employer.

The county coroner's office was working Wednesday to identify the workers and remove their bodies. Investigators were also trying to determine how they died before emergency workers reached them.

Four workers below the fire were able to scramble out of the bottom of the 4,000-foot-long tunnel. All four were treated and released Tuesday, a hopsital spokeswoman said. She did not know the extent of their injuries or their names.

Officials initially expressed hope that the trapped workers could be saved. Groves first reported that authorities had communicated with the five by radio about 45 minutes after the fire broke out, and that the men said they were unhurt.

The nine workers were sealing the inside of the pipe to prevent corrosion when equipment they were using malfunctioned and ignited a fire at 2 p.m.

"We want to express our deepest sympathies to the families, friends and co-workers of those who died," said Tim Taylor, president and chief executive of Public Service Company of Colorado, an Xcel Energy Inc. company. "Certainly, we'll be working closely with the authorities to investigate what happened."

The underground tunnel delivers water from a reservoir to turbines that generate electricity and empties into a second, smaller reservoir. The plant, technically called a pumped storage facility, is located high in the Rocky Mountains.

The smoldering fire broke out about halfway into the pipe. The five workers were trapped at the junction of the 15-degree pipe and the 55-degree pipe, Xcel said.

Personnel from at least a dozen agencies, including a mine rescue crew and an Alpine rescue team, rushed to the site 2 miles (3.2 kilometers) outside Georgetown, a former mining town with mountain views, Victorian buildings and bighorn sheep that attract tourists.

Authorities said officials lowered breathing masks and piped in oxygen to the men, who had scrambled up the tunnel and sought shelter behind a temporary valve used to prevent water from seeping into the pipe.

The hydroelectric plant generates electricity by releasing water from the top reservoir into the lower reservoir, then pumping the water back to the upper reservoir. It was completed in 1967.