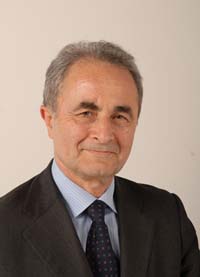 The Italian defense minister said Tuesday that condition of an Italian intelligence operative kidnapped with a colleague in Afghanistan and wounded during a NATO-led raid has deteriorated.

The man, who has been in a NATO hospital in Afghanistan since the rescue mission Monday, has been put on a respirator to help him breathe, Defense Minister Arturo Parisi said in a statement.

The two Italians, who worked for the SISMI intelligence service, disappeared along with their two Afghan colleagues Saturday. They were freed by Italian commandos aided by other NATO forces and aircraft as the coalition forces determined the kidnappers had started moving the hostages.

Italian special forces ambushed the convoy, sparking a gunbattle that killed at least nine of the kidnappers. Both Italians were injured, the other one not seriously.