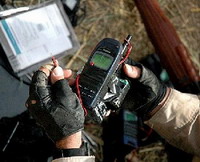 An explosive device was found Friday at a school in Liverpool, but police would not confirm the reports.

A Merseyside police spokesman said there had been an incident at a Liverpool Catholic school at 2:50 p.m. (1350GMT) and that no one had been hurt. He declined to give further details. He spoke on condition of anonymity in line with force policy.

Sky cited witnesses as saying a device exploded underneath a teacher's car outside the school.