Spanish police found the body of a missing Chilean teenager after a man once accused of sexual assault confessed Thursday to killing her and led authorities to the spot where he had buried her, police said. 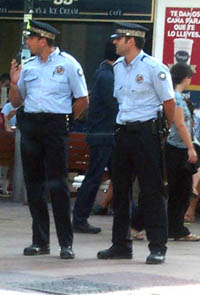 Fernanda Fabiola Urzua vanished July 26 while walking along a rural road on the south of the island of Tenerife. More than 300 people - soldiers, police and volunteers - had been looking for her near the small town of El Fraile.

The detainee is a 28-year-old Colombian man who lives in El Fraile, police said. Five years ago, he was arrested on suspicion of sexual assault in the same area but a judge freed him, citing lack of evidence. The suspect's name has not been released.

This time, police had been investigating him for two days, and after he was detained overnight Wednesday he first denied any wrongdoing. But eventually he "caved in and confessed everything, even telling us the exact place where he had buried the body," said Miguel Martinez, the local commander of the Civil Guard.

The body was found well-buried under earth, rocks and bushes. "We had been by there three times but we never would have detected it" without the man's directions, Martinez said.

Martinez said an autopsy is being carried out to determine the exact cause of death and whether the girl had been raped.

Urzua apparently died just hours after being abducted and her body shows signs of violence, Martinez told a news conference.

Another person is considered a suspect in the case but has not been arrested, Martinez said.

The Civil Guard said earlier reports that three people had been arrested were erroneous.

Urzua and her family came to live here six years ago from Chile.