A teenage boy suspected of beheading his mother tucked her severed head into a school bag and went to watch music videos at an all-night Internet cafe before turning himself into police at sunrise, media reports said Wednesday. 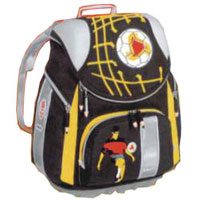 The 17-year-old high school student, arrested Tuesday on suspicion of murder, went to the cafe just hours after allegedly killing his mother. He spent about two hours watching a rap music DVD in a private cubicle, newspapers reported.

About 7 a.m. Tuesday, he called a taxi and delivered the head to a local police station, the Asahi newspaper said. The boy was later arrested after leading police back to the apartment where his headless mother lay on her bed.

Police were reportedly evaluating samples of blood smeared on the taxi's back seat.

The grisly killing shocked a country that has long prided itself on low crime rates, and it caps a series of separate dismemberments that have recently grabbed headlines.

The boy was enrolled in a high school renowned for its excellent college placement record, but had not been in attendance recently, according to the Mainichi newspaper.

The teen was also in and out of psychiatric care for a developmental disorder that makes it difficult for him to build interpersonal relationships, reports said.

Police official Hisayoshi Watanabe, from the northern prefecture of Fukushima where the killing occurred, could not confirm details of the ongoing probe, but said authorities were investigating matters mentioned in press reports.

The killing comes after a spate of other high-profile dismemberments that have rattled Japan.

Last year, a jobless man allegedly cut up his mother and entombed her body parts in concrete-filled buckets left abandoned in a yard.

In January, Tokyo was put on edge when a woman confessed to dismembering her husband with a saw and dumping the parts around the capital.

Then just weeks ago, the nation was riveted by a verdict in the death of a British bar hostess whose body was also dismembered and stashed in a seaside cave.