Jurors found eligible for the death penalty a man convicted of the execution-style murders of seven people at a suburban Chicago restaurant. 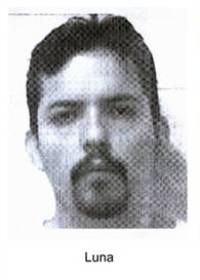 While a moratorium on the death penalty has been in place in Illinois since 1999, the penalty is still on the books. The jury will now decide whether Juan Luna, 33, will receive that sentence after being convicted last Thursday of first degree murder in the 1993 killings at Brown's Chicken and Pasta restaurant in Palatine.

Luna showed had no reaction when the decision was announced.

The jury resumed deliberations on the sentence Tuesday. Before the sentence was announced, at least one victim's relative joined death penalty foes outside the courthouse, saying Luna should not be executed for the crime.

"A kill for a kill, blood for blood, is not the right answer," said Mary Jane Crow, whose brother, 16-year-old Michael Castro, was slain. "A crime, yes, has been committed. But revenge and justice are two different things."

But Diane Clayton, the mother of another murdered employee, 31-year-old Marcus Nellsen, said she wanted a death sentence for Luna. She also took issue with those who cited religion in opposing capital punishment.

"Why bring God into this? This isn't God's work. This is Juan Luna's work," she said.

Luna, now a married father of a young son, was 18 when prosecutors said he and high school friend James Degorski walked into the restaurant at closing time Jan. 8, 1993 and shot and stabbed the victims during a robbery that netted less than $2,000 (EUR1,477).

Degorski has pleaded not guilty to the murders and will be tried separately.