65-year-old mobster convicted of racketeering but not murder

A federal jury convicted a 65-year-old mobster of racketeering and conspiring to murder a husband and wife stickup team, but said the government had not proven he had actually killed the couple. 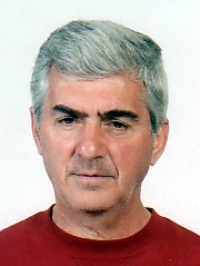 65-year-old mobster convicted of racketeering but not murder

The ruling will spare Dominick "Skinny Dom" Pizzonia the possibility of a life sentence, but he could still get a lengthy prison term for his involvement in illegal gambling and the murder plot.

Prosecutors said Pizzonia, a reputed soldier in the Gambino organized crime family, was behind the slayings of Rosemarie and Thomas Uva. The couple were believed to have been humiliating the mob by ripping off card games at social clubs, usually armed with a submachine gun.

On Christmas Eve 1992, the Uvas were sitting in their car at a Queens intersection when they were each shot in the back of the head. The car rolled through the intersection and collided with another vehicle before it stopped; police officers found a stash of jewelry with the bloody corpses.

Prosecutors based their case against Pizzonia partly on testimony by Michael "Mikey Scars" DiLeonardo, a Gambino crime family soldier who has been cooperating with authorities for several years.

Pizzonia "was very angry, as everybody else was, that these guys had the nerve to go around robbing clubs, like committing suicide," DiLeonardo told the Brooklyn jury. The turncoat Gambino capo claimed then-acting Gambino boss John A. "Junior" Gotti sanctioned the slayings an allegation Gotti has denied.

Defense attorney Joseph R. Corozzo Jr. attacked the government for building its case on the word of admitted killers like DiLeonardo and suggested another crime family the Bonannos whacked the Uvas. Corozzo argued in his closing argument Wednesday that the evidence was too weak for a conviction.

Jurors in the case delivered a split verdict, finding that Pizzonia had engaged in illegal gambling and had been in on the murder conspiracy, but finding him not guilty of carrying out the killings.

At trial, the panel heard testimony that the couple had gambled with their lives by ripping off card games at a Queens social club operated by Pizzonia.

Rosemarie Uva, 31, took the wheel of the getaway car, and Thomas Uva, 28, armed with an Uzi submachine gun, stripped patrons of their money and jewelry and made the men drop their pants, witnesses said. Their brazenness earned them the nicknames Bonnie and Clyde.

A second defendant in the racketeering case, Alfred Dicongilio, was also found to have been involved in gambling, but was acquitted and walked free because federal racketeering cases require that a person has engaged in more than one illegal act.