Gordon Scott, a handsome, muscled actor known for his portrayal of Tarzan in the 1950s, has died. He was 80. 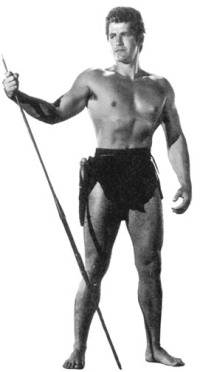 "He was an absolutely wonderful Tarzan who played the character as an intelligent and nice man who carried himself well, much as my grandfather had originally written it," Danton Burroughs of Tarzana, California, told the newspaper.

One of Scott's nine siblings, Rayfield Werschkull told The Sun that Scott was a lifeguard at the Sahara Hotel in Las Vegas when he was discovered by Hollywood producer Sol Lesser. He was signed to a seven-year-contract after he outperformed 200 other international candidates.

Scott's later years were spent in the Brooklyn section of south Baltimore.