An aristocrat who is one of Spain's wealthiest people and most titled nobles has been fined EUR6,000 ($8,000) for deriding farm workers as "delinquents" when they protested when she received one of the Andalusia's highest honors. 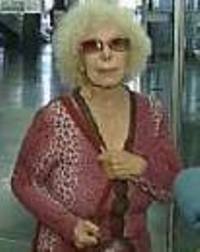 A court in Seville announced the slander ruling Wednesday against 80-year-old Cayetana Fitz James Stuart, whose is most often known as the Duchess of Alba, although she boasts many other titles Spaniards routinely say she has more than her friend Queen Elizabeth of England.

A native of Seville, the duchess was honored by the Socialist-run Andalusian regional government in February 2006 when it named her a Favorite Daughter of Andalusia.

Hundreds of members of a farmworkers union staged angry street protests that day, saying the government had no business awarding a representative of a privileged, landowning class that the union said has benefited from everything from cheap labor to European Union farm subsidies.

The duchess told a Spanish television station the protesters were "delinquents" and "a handful of nuts that I don't care about." The Farmworkers Union sued her for slander.

Now it wants the Andalusian regional government to strip the duchess of the award.

"The least the Andalusian government can do after hearing this sentence is to withdraw this distinction from the duchess," said its secretary general, Diego Canamero.