MIT dean misrepresents her education starting working at the university

The dean of Massachusetts Institute of Technology, who acknowledged she did not receive degrees from the schools listed on her resume, did earn a diploma from a small Catholic college. 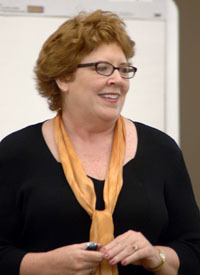 MIT dean misrepresents her education starting working at the university

MIT announced last week that Marilee Jones resigned after admitting she had misrepresented her education when she started working at the university 28 years ago. Over the course of her career, Jones claimed to have degrees from three New York universities.

Administrators initially said they were not aware of Jones having any undergraduate or graduate degree. But Jones was awarded a degree in biology in 1973 from the College of Saint Rose in Albany, New York, officials at MIT and Saint Rose told The Boston Globe.

An MIT spokesman did not immediately return a call from The Associated Press on Wednesday and Jones' voicemail box was full.

An MIT inquiry determined Jones had at various points claimed degrees from Union College, Rensselaer Polytechnic Institute and the Albany Medical College, all in New York, but had no degrees from the institutions.

Jones gained fame in her nearly three decades at MIT, encouraging high school students across the country to have fun and stay healthy rather than fall to the pressures of perfecting their college resumes.

After co-authoring a book: "Less Stress, More Success: A New Approach to Guiding Your Teen Through College Admissions and Beyond" last year, she became a high-demand speaker and advocate for what she called "lowering the flame" of the college admissions process.