An Aruban attorney for Natalee Holloway's father said that her client was happy to see Dutch police renew investigation into his daughter's disappearance, but the family has not been told why they searched the home of a one-time suspect. 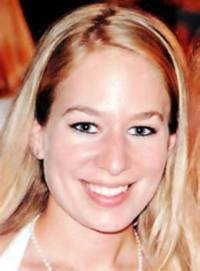 About 20 investigators from the Netherlands dug up earth outside the house Friday and Saturday, reviving a case that had seemed to grow cold since the American teenager vanished during a school trip to Aruba nearly two years ago.

"Of course they are happy that new or extended investigations are taking place," said Vinda de Sousa, a lawyer for Dave Holloway and his wife, of Meridian, Mississippi.

The local prosecutors' office said last week a team of Dutch investigators assigned in November to review the case had "indications" that justified another search of the walled property of the family of Joran van der Sloot, the last known person to see Holloway alive.

Calls to local police and the prosecutors' office Monday were not returned.

Holloway, an 18-year-old from Mountain Brook, Alabama, disappeared in the early hours of May 30, 2005, the last day of a five-day vacation to celebrate her high school graduation with 124 other students.

She was seen leaving a bar with van der Sloot, then 17, and two Surinamese brothers. Van der Sloot, a Dutch citizen who was jailed for about three months, has said he left Holloway alone on a beach after they kissed. He is currently attending college in the Netherlands.

Paul van der Sloot, Joran's father, told the Nova program on Dutch television that investigators found nothing suspicious and "they have been reassured."

"You can hardly believe it, but they must have seriously been looking for Natalee in our garden. It's incomprehensible," he said in the interview Saturday.

He said that investigators seized diary notes and letters from him and his wife, as well as a personal computer that was returned later Saturday. He felt his privacy had been invaded.

"In that sense I am angry, and I hope this will be the end of it," he told Nova.

Paul van der Sloot declined to comment Monday when reached at home by The Associated Press.

De Sousa said investigators may have been motivated to conduct a more thorough search by an approaching two-year deadline to file charges in the case. The family has not been told how long the investigation will take or where else it will look, she said.