A freelance fashion journalist got into a former co-worker's New York apartment by pretending to be a firefighter and then sexually tormented her for 13 hours. 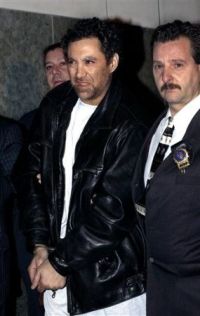 Prosecutors say that on Halloween 2005, Peter Braunstein dressed in full firefighting regalia started two small fires outside the 34-year-old victim's apartment and then banged on her door to "rescue" her.

When the woman answered, she later told police, the attacker pulled a gun and covered her face with a chloroformed rag. As real firefighters extinguished the fires, Braunstein allegedly bound and gagged the woman with duct tape and tortured her.

The defense claims Braunstein, who once wrote for Women's Wear Daily, is mentally ill and was not capable of forming the intent to commit the crimes.

But Assistant District Attorney Maxine Rosenthal said at the opening of his trial that Braunstein had called his probation officer a week in advance to let him know he would miss their regular appointment. Then he bought and stored materials used the night of the attack, including a smoke bomb, a BB gun, a hunting knife, handcuffs and firefighting gear, she said.

"He felt the world had turned its back on him" and "devised a well-designed plan to get attention," Rosenthal said in Manhattan's state Supreme Court.

A broken romance "caused Peter Braunstein's mental illness to suffocate him, to engulf him," said Gordon. "That was the turning point."

When he was captured, after six weeks on the lam, on the University of Memphis campus, Braunstein stabbed himself in the neck with a double-edged dagger, authorities say.

Braunstein was subdued by police with pepper spray and arrested Dec. 16, 2005.

He has pleaded not guilty to arson, kidnapping, burglary, robbery, sexual abuse and assault charges.