Suspect in the theft of diamonds from an Antwerp bank arrested

Authorities have arrested a suspect in Germany in the theft of US$28 million (€21 million) worth of diamonds from an Antwerp bank. 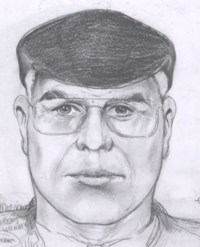 Suspect in the theft of diamonds from an Antwerp bank arrested

Israeli citizen Eliser Mishali was arrested in Frankfurt last week as he sought to leave the country, Antwerp prosecutor's office spokeswoman Dominique Reyniers said. Authorities were still looking for the main suspect and the diamonds.

The main suspect had been a regular customer at the bank for the past year, giving a name of an Argentine national, authorities said. They now believe that the suspect was using a false identity because a passport in that name was stolen in Israel a few years ago.

The bank discovered the theft March 5, believing that someone took the stones from a vault used by pawnbrokers and diamond cutters.

The accomplice arrested last week had been traveling for thousands of kilometers (miles) through Germany and the Netherlands in the second half of March and early April before he was arrested.

It is believed the diamonds will be difficult to sell on world markets since many of the gems cannot be sold without certificates of origin to show they have not come illegally from war zones.

In 2003, in the world's largest safe-deposit box theft, thieves in Antwerp pried open 123 boxes, finding so much loot they could only carry away US$100 million worth of diamonds, gold and jewelry.

More than half the world's diamonds are traded in Antwerp's gem district, a maze of tiny streets hugging the main train station. Its turnover of US$23 billion a year makes it one of the densest concentrations of valuables on earth.