An elephant at a central Indonesian tourist resort trampled its longtime trainer to death as the man tried to chain the animal's feet, police said Thursday. 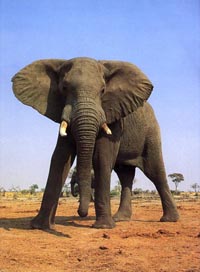 Fellow employees at the resort in the Java town of Tegal found the body of Koidin, 40, who died of severe chest injuries, local police Capt. Sumarjo said.

"We have no idea what caused the elephant to go berserk," said Sumarjo, who - like many people in Indonesia - uses only one name.

The elephant and her daughter had worked closely with Koidin for years without incident, he said. The animals had been used to entertain tourists at the hot springs resort.

Elephant habitats in Indonesia are quickly shrinking due to illegal logging and land clearing, and most of the country's 2,500 wild animals live on its largest island, neighboring Sumatra.