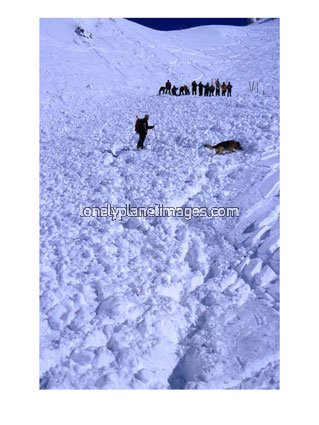 An avalanche buried two German skiers in Austria, killing one of them. Rescuers managed to save the second skier.

A mountain rescue unit and a helicopter were on the scene of the avalanche in the Sellraintal region near Innsbruck, officials said.

They said the snowslide happened around noon (1000GMT) as six skiers belonging to a tour group from Bavaria were moving through the area.

The victim's age was given as 38, but officials provided no other details. They said the skier had been crushed beneath 2 meters (6Ѕ feet) of snow.